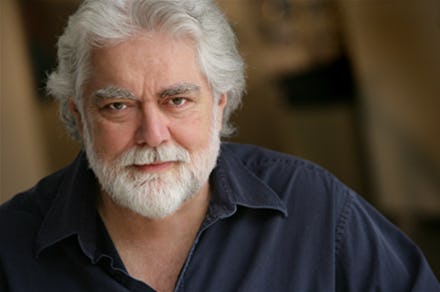 Was it fun making Chainsaw?

Nope. It was very difficult. The filming took six weeks, and I worked four of those weeks. During those four weeks we shot seven days a week, twelve to sixteen hours a day. One shoot lasted twenty-six hours, from noon on a Saturday till 2:00 PM Sunday. The temps were in the high 90s and low 100s, with high humidity (that wonderful Texas weather in August). Add a bit of running in the woods, and you’ve got some miserable conditions. On the other hand, I loved making the movie. I got to learn how a movie was made, and I got to work with a bunch of very talented, creative and hard-working people. I wouldn’t trade that for anything.

Wasn’t the movie based on a true story?

Nope again. And double nope. Here’s what Tobe (director) and Kim (writer) told me themselves one night during the filming. They had heard of Ed Gein, the man in Plainfield, Wisconsin, who was arrested in the late 1950s for killing his neighbor and on whom the movie Psycho was based. So when they set out to write this movie, they decided to have a family of killers who had some of the characteristics of Gein: the skin masks, the furniture made from bones, the possibility of cannibalism. But that’s all. The story itself is entirely made up. So, sorry folks. There never was a massacre in Texas on which this was based. No chainsaw either. And, in spite of those of you who have told me you remember when it happened, it really didn’t happen. Really. Believe me. This is an interesting phenomenon. I’ve also had people tell me that they knew the original Leatherface, that they had been guards at the state prison in Huntsville, Texas, where he was a prisoner. Maybe they knew somebody who dreamed of being Leatherface. It is, I suppose, something to aspire to.

How much money did they pay you to play Leatherface?

I hear everybody hated each other on the set.

This is an interesting one. It’s been popping up a lot lately. I guess people would like that to have been the case. The only person that I disliked was Paul Partain. Well, to be more accurate, Franklin. Paul, it turns out, was afraid of losing his character during the shooting, so he would go into character at the beginning of the day, and he would stay there till the end. He would, in effect, become Franklin. All day long. Whining. It drove me crazy. In truth, though, Paul was a great guy. And, as much as I wanted to see Franklin dead and off the set, afterwards Paul and I became good friends.

But other than that, I think everyone got along pretty well. I mean, the actors who were playing my victims didn’t want to hang around me at all during the shooting, because they wanted to be genuinely frightened when the time came, but that’s another story…

Did you really cut Marilyn’s finger in the knife scene when Leatherface was feeding Grandpa?

Yep. The tube on the backside of the knife blade that was supposed to deposit fake blood on Marilyn’s finger knife kept clogging. After a few takes I got tired of it and stripped off the tape that covered the blade. You gotta understand, I was tired, it had been a long day, and I just wanted it over with! Marilyn screamed, and it looked very good, so we moved on to the next shot. I was cruel then. I’m nicer now.

Was TCM a student film?

Nope. Not at all. These were filmmakers who were trying to make a mark.

These should answer even more of your questions. 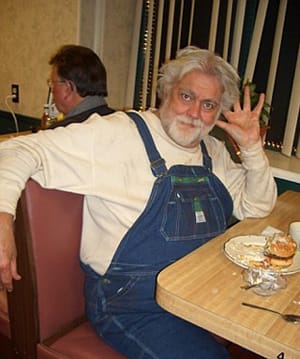 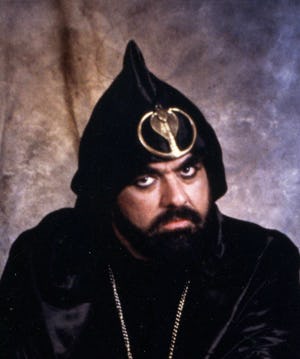 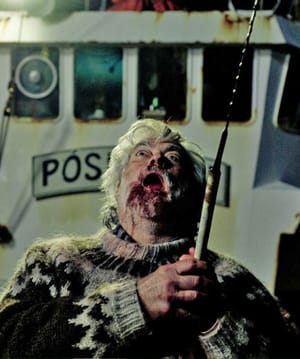 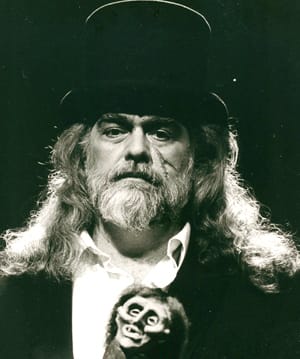